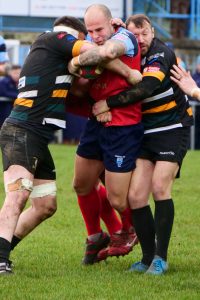 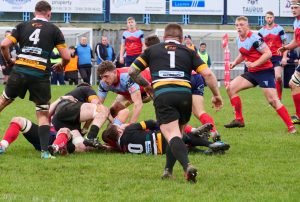 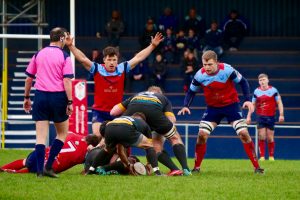 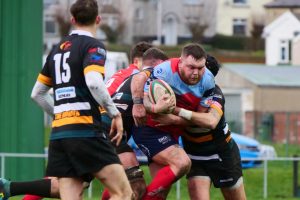 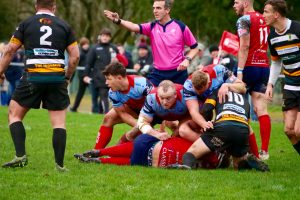 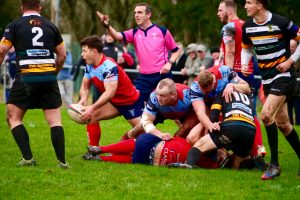 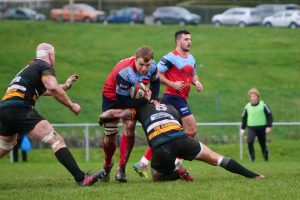 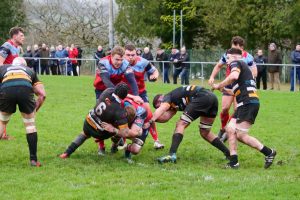 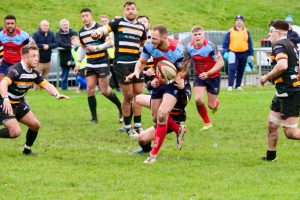 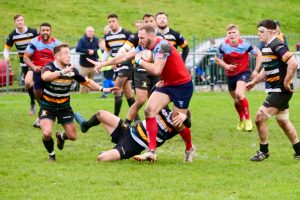 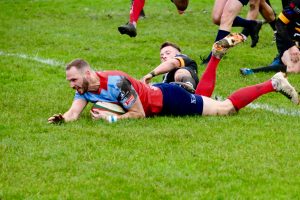 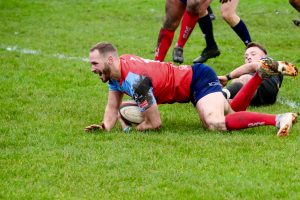 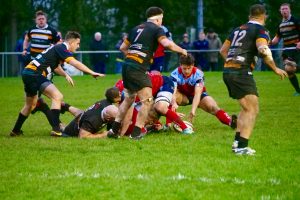 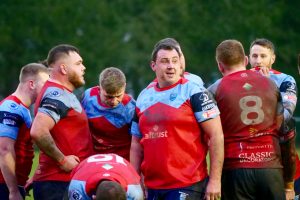 Merthyr were out of the blocks quickly with their well drilled set piece and power game making huge dents in the Bargoed defence.

When they shunted the Bargoed pack backwards at a scrum they engineered a try for prop Louis Jones after going wide and hitting back short.

They increased their lead to 12-0 after 13 minutes when another period of pressure saw the Ironmen score their second try through Jack Perkins converted by Matthew Jarvis.

Merthyr continued to dominate possession and territory but Bargoed’s defence held firm and good work in the contact area by Ashley Norton saw Bargoed get into the Merthyr territory and when they conceded a penalty Josh Prosser kicked it to make it 12-3 after 23 minutes.

Bargoed found themselves further behind after 29 minutes when second row Patrick Mcbride scored from close range after a another period of pressure from Merthyr.

The second half saw Merthyr come out and immediately put the hosts under pressure and when a penalty was conceded Merthyr increased their lead as their driving line-out rumbled close to the line with scrum half Justin James getting the try and Jarvis converting to make it 24-10.

Merthyr scored again after 54 minutes with Jack Perkins scoring from close range after another period of pressure, Jarvis converted to make it 31-10.

Bargoed unloaded the bench and there was an immediate effect with the scrum getting on top, with the experience of Rhys Morgan and Rhys Buckley coming off the bench to join the impressive Ali Gardner-Key who did a full shift.

Once again young back rower Ben Fry was in tremendous form and a lung busting run by him got the hosts into the Ironmen 22. This enabled the Bulls to have a period of sustained pressure in the Merthyr 22, and dominate a series of scrums.

On 62 minutes they closed the gap with No. 8 Adam Powell scoring from a pushover try, converted by Prosser to make it 31-17.

Bargoed battled away but were unable to take advantage of a searing break by Ashley Norton and the Ironmen came away with a bonus point victory.

There was plenty of effort from Bargoed with their scrum particularly impressive in the second half but the first thirty minutes of this game cost them dearly, with Merthyr scoring three tries and building a lead.

Bargoed’s penalty count was much improved and although they conceded tries the defence worked extremely hard against Merthyr’s power game.

There were some positives but the difference between winning and losing in the Premiership are often small margins and Bargoed will need to reduce their error count in the opposition 22 and be more accurate at line-out time to convert those chances and swing the margins to get the victory.

Next Saturday Bargoed travel to Championship outfit and old foes Newcastle Emlyn RFC in a WRU National Cup tie, and will be looking to perform well and get a result to start the New Year with a victory.