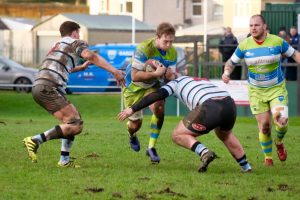 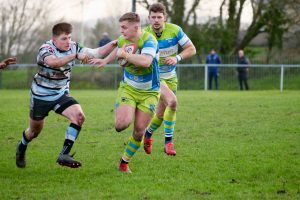 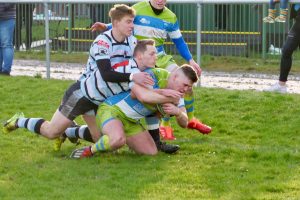 Glamorgan Wanderers were the visitors to Bargoed Park on the weekend to play the 1st XV on a heavy pitch, but in dry conditions.

Bargoed started well and dominated territory early on but a lack of composure saw the home side fail to capitalise on this.

However they did open their account when they maintained possession in the Wanderers 22 for Callum Davies to cross the whitewash with Steff Jones converting after 15 minutes.

The Wanderers responded well with a period of pressure and when Bargoed infringed Luke Fish stepped up to slot the penalty to reduce Bargoed’s lead to 7-3.

This seems to spur the Bulls into action and Alex Edmonds profited from good work at a line-out, going over for a try, converted by Jones after 25 minutes.

Bargoed missed a couple of opportunities to score and lacked accuracy. However they did manage to increase the lead after 36 minutes when they were awarded a penalty.

Scrum half Huw Rees showed great initiative, as he took a quick tap and attacked the Wanderers before passing to hooker Wade Langley to score under the posts. Jones again converted to make it 21-3 at the break.

Bargoed started the second half slowly and after 49 minutes flanker Ronny Kynes was yellow carded for an infringement at the contact area.

The visitors took advantage of this and back rower Ryan Matthews scored in the corner after 52 minutes to close the gap to 21-8.

Bargoed made some changes with Josh Prosser, James Leadbeater, Rhys Buckley and John Lavender joined the fray, and it wasn’t long for Buckley to get on the scoresheet with a try from close range, which Jones converted on 54 minutes.

Geraint Edmonds replaced Matt Thomas as they increased the lead with Adam Jones scoring for the second week in a row with Jones also converting.

Bargoed were now in the driving seat and playing some great attacking rugby, and after good work at the scrum in disrupting the Wanderers, Ronny Kynes was on hand to pounce and score.

Steffan Jones made it six out of six kicks, with Bargoed winning 42-8 with an all important bonus point.

Credit to the Wanderers who worked hard throughout and battled hard for every scrap of possession. Their scrum held up well with their young front row of Reid, Fowler and Williamson doing well against Bargoed’s much vaunted scrum.

The Bargoed Coaching and Management Team will be pleased with the result but disappointed with the lack of accuracy at times, but again credit to the opposition who certainly fronted up to the physical challenge.