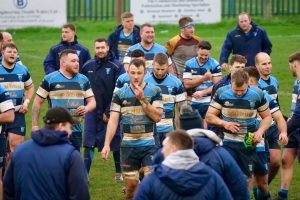 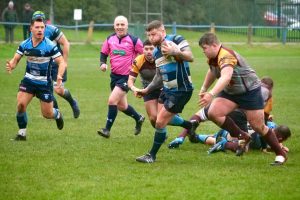 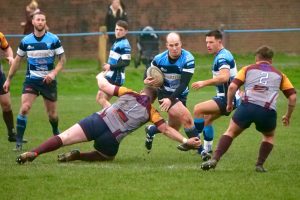 The visitors started well and scored two early tries from Jordan Purcell and Darren Humphries with Steffan Jones converting both for a 14-0 lead.

Bargoed attacked off a shortened line-out and looked as if they would score through a great break by Adam Jones but good scramble defence by the hosts snuffed it out.

Bargoed were dominant in this period territorially with the pack well on top However they failed to capitalise on this completely and errors in the Tata 22 cost them dearly with try scoring opportunities presented on two occasions.

Bargoed did manage to score again just before half time playing a scrum penalty advantage with Darren Humphries getting his second try after a well constructed try, Jones converted and they led 21-0 at half time.

Bargoed continued to attack early in the second half and pushed the ball wide only for Tata’s Euan Richards to intercept and score to make it 21-5.

Bargoed stuck to the task and after a patient multi phase build up James Leadbeater pounced to score from close range to make it 26-5 after 49 minutes.

Bargoed continued to build their attacks through a stream of good ball from the forwards. Calum Jones was the next to profit as he also went over for a try after excellent approach work. Big brother Steffan converted to put Bargoed 33-5 ahead.

They increased their lead on 63 minutes when replacement Geraint Edmunds barged over, Jones converted and it was 40-5 to Bargoed.

The final try was scored and converted by Steffan Jones from close range to make the final score 45-5.

Bargoed’s Coaching Staff were pleased with the side’s ambition to attack, and although on occasions there were opportunities that weren’t taken, the brand of rugby that Bargoed are playing is creating those opportunities, through an ambitious, attractive but also pragmatic approach