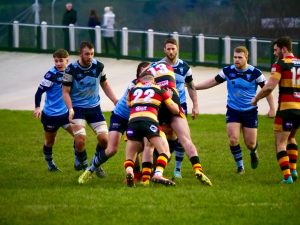 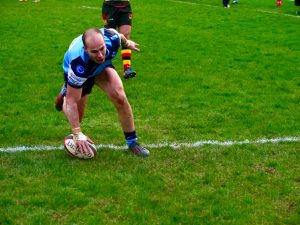 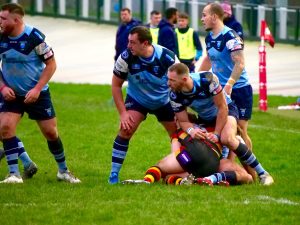 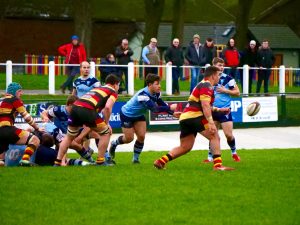 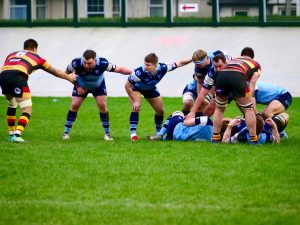 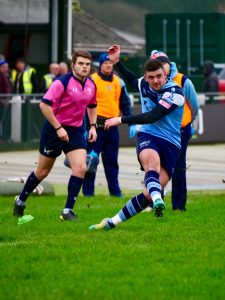 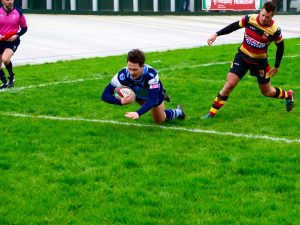 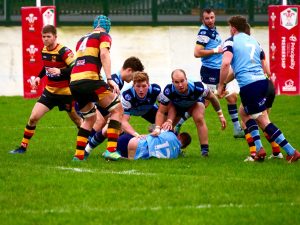 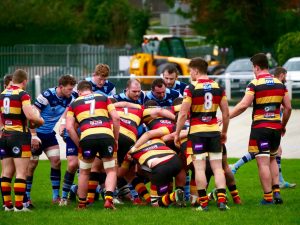 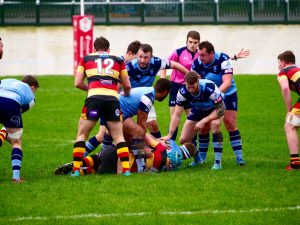 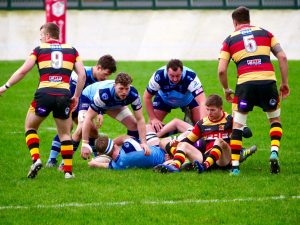 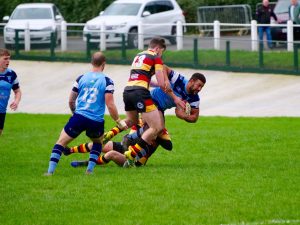 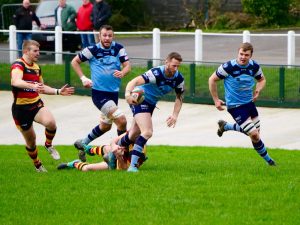 Bargoed travelled west to take on Carmarthen Quins in a Principality Premiership game, making eight changes from the side that started in last week’s cup victory including captain Rhys Morgan returning.

The Quins featured Bargoed product and Scarlets scrum half Jonathan Evans in their ranks as he returns to action after a long injury lay off.

The visitors showed their intention to attack early on as they tried to run the ball out of their 22, but they were penalised at the breakdown and the Quins converted this into points with a penalty from Aled Thomas.

Bargoed struck back with an excellent try after 15 minutes as they managed to penetrate the Quins defence and a good offload by Jordan Howells saw James Leadbeater score the opening try with Josh Prosser concerting to make it 7-3.

The Quins responded well with a period of pressure and Bargoed conceded a couple of penalties. The West Wales outfit forced another penalty and with a free play they put in a cross kick which resulted in the ball going loose and Aled Thomas going over for their opening try in the corner which went unconverted.

A couple of minutes later Bargoed found themselves 11-7 down when a charged down from a kick saw the Quins swoop and when Louis Blacker was adjudged offside he received a yellow card and Aled Thomas stepped up and kicked the penalty.

Bargoed worked really hard during this period and when the Quins transgressed in a maul situation, Prosser stepped up and closed the gap to 11-10 with a well taken penalty.

The home side then stepped up the pace and put Bargoed under huge pressure but the Bulls defence was resolute with their 14 players working really hard in defence.

There were a couple of minutes to half time when Blacker rejoined the fray, and it was disappointing that the Bulls conceded just two minutes before half time with Quins scoring another in the corner, with wing Dale Ford going over to make it 18-10 at half time.

The second half started badly for Bargoed when the Quins built momentum through a multi phase attack that started in their half and saw centre Osian Knott score under the posts only 3 minutes into the second half, Thomas converted.

Bargoed found themselves further behind three minutes later when they conceded a penalty and when the Quins kicked to the corner they drove the line-out before Bargoed managed to stop the drive close to their line. The ball was moved to midfield where back rower Lewis Millin crashed over for the Quins fourth try which was also converted for a 31-10 lead.

Bargoed’s poor start to the second half continued when Quins hooker Torin Myhill crashed over from a strike play off a line-out, Thomas converted

Bargoed managed to reduce the arrears as they went through a number of phases to enable centre Jordan Howells to get the try which was converted by Callum Jones.

Bargoed made a number of changes and it was good to see Adam Coupe back on the field for the 1st XV as he came off the bench after a long time out through injury.

Bargoed were now dominating both territory and possession but failed to breach the Quins defence.

The Quins managed to ease the pressure when Bargoed conceded a penalty and the opportunity to make a comeback was over as the home side ended the game on the attack, and they will be pleased with a 39-18 win.

Bargoed Head Coach David Lynch was disappointed not to get anything out of the game, and stated ‘We conceded just before half time and then had an awful start to the second half as we conceded 21 points in 15 minutes.

We then competed well for the majority of the second half but these are game changing moments, with small margins between winning and losing. Next week is a huge game for us with Cross Keys winning this week, and momentum is squarely with the Keys going into this one’