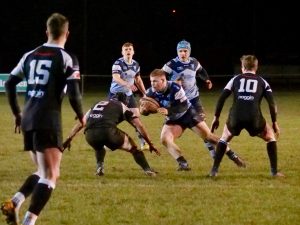 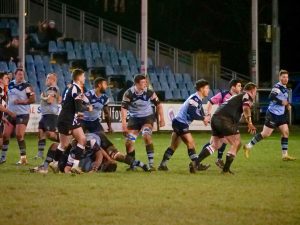 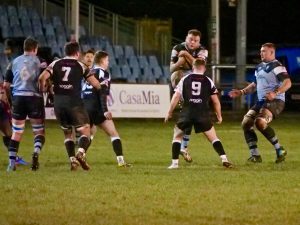 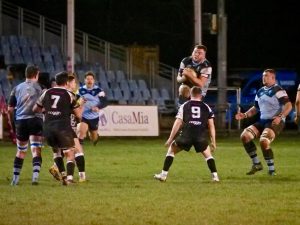 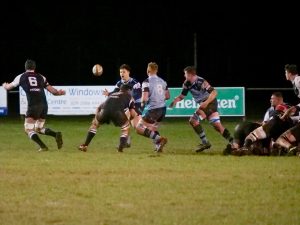 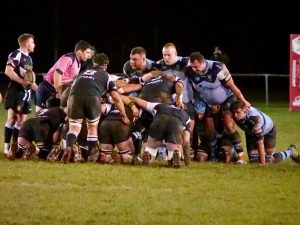 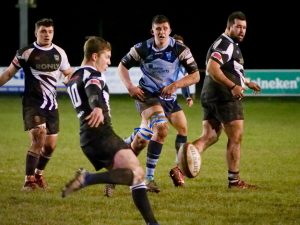 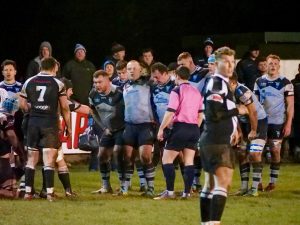 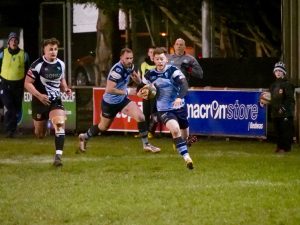 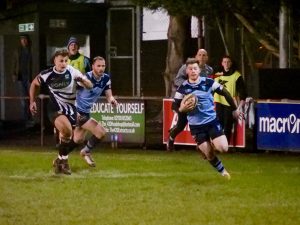 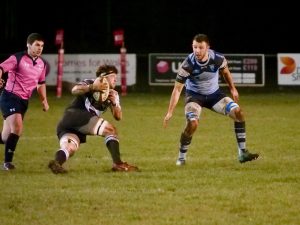 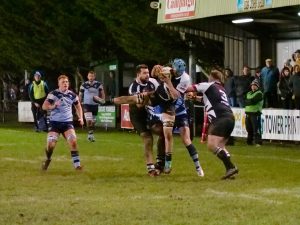 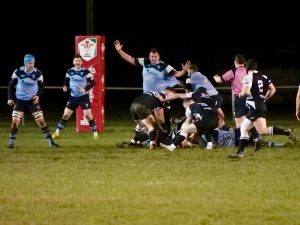 Bargoed had first use of a strong but swirling wind that made it very difficult for both sides.

However they failed to capitalise on the wind advantage, and it was Bedwas who scored first after only four minutes with Adam Williams going over and Joe Scrivens converting.

Bargoed had plenty of possession but some loose kicks allowed Bedwas to work their way into Bargoed territory, and when the visitors conceded a penalty on 14 minutes Scrivens kicked the penalty.

Bargoed went further behind on 21 minutes when prop Brinley Toms scored and Scrivens converted to make it 17-0.

Bargoed managed to close the gap when a good kick chase by Duane Dyer and Julian Mogg saw Mogg score off a charge down. Callum Jones converted to make it 17-7.

Bedwas increased their lead when a driving line-out was pulled down and Bedwas were awarded a penalty try after 36 minutes.

Bargoed’s Louis Blacker was yellow carded as a result of this and they also lost Ben Fry to injury at the same time, with Callum Davies replacing him.

Bargoed tried to fight back with a driving line-out of their own in the opposition 22, but it was held up by the home side and the Referee blew up with Bargoed  24-7 down at half time.

The second half saw Bargoed facing the strong wind and with some heavy showers coming in it was difficult to get territory or mount any meaningful attacks.

Bedwas were dominating the physical battle and had more accuracy in their game in attack. They got the bonus point fourth try with Alun Rees burrowing over, and Scrivens converting.

Bargoed made a raft of changes around the hour mark with Langley, Bale and Kavanagh coming on up front followed by backs Bancroft, Howells and Bunyan.

Bargoed managed to apply some pressure on the home side and created a couple of opportunities but failed to get the points through their inaccurate attack.

Bargoed were now chasing the game having to play a high risk approach from deep in really difficult conditions.

However it was Bedwas who increased the lead after 73 minutes with another scrum penalty try.

Bedwas scored right on the final whistle as Bargoed tried to attack from their own line which resulted in an interception and Lewis Bowden crashed over converted by Scrivens to make it 52-7.

This was by far Bargoed’s poorest performance of the season and they will be hurting and very disappointed. The poor start and failure to gain territory in the first half was extremely costly. Bedwas adapted far better to the extreme conditions and deserved their victory.

Bargoed will look to dust themselves down and see the Llanelli game next week as an opportunity to build some much needed confidence, and get some points in the relegation battle.

There is still a long way to go and plenty to play for with a number of games to be played against other sides in the relegation battle. Bargoed will hope to keep everyone fit and will keep working hard to battle their way out of the drop zone.