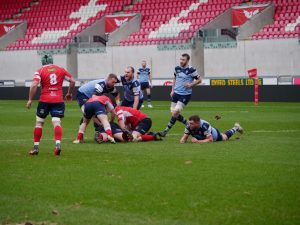 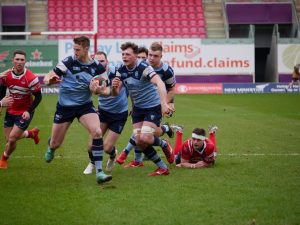 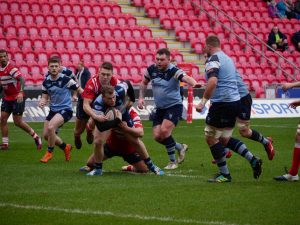 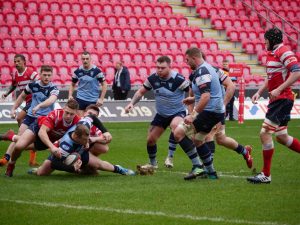 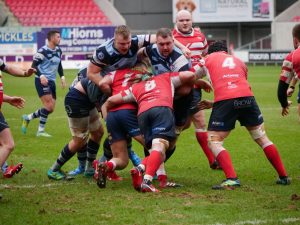 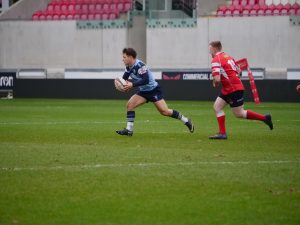 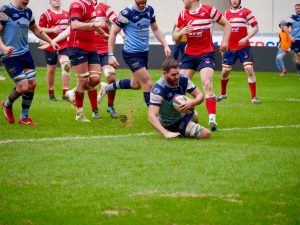 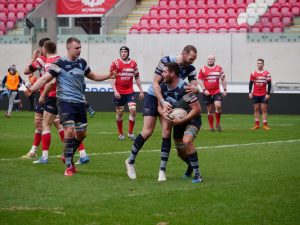 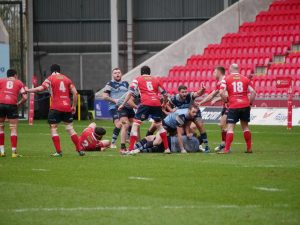 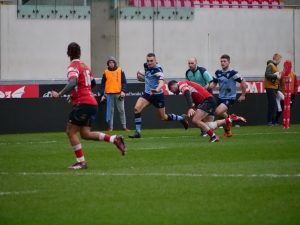 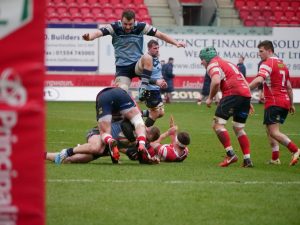 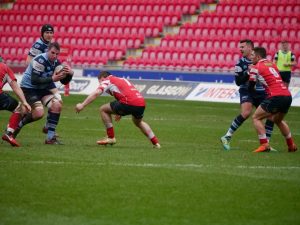 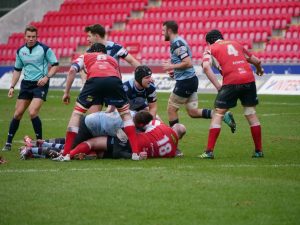 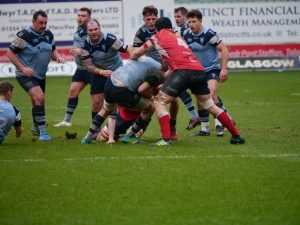 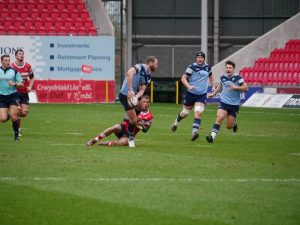 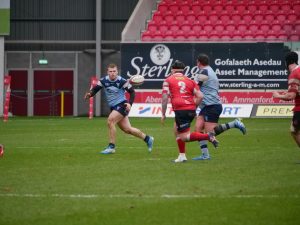 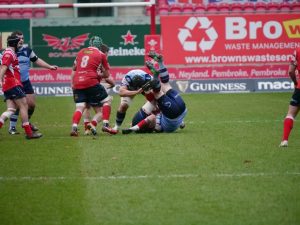 Bargoed took on Llanelli at Parc y Scarlets in another Principality Premiership tie looking to get a win as they continue to battle it out in the relegation zone.

It was the home side who were out of the blocks quickest and when Bargoed conceded a penalty they were punished as Llanelli kicked into the Bargoed 22 and drove the line-out for Captain Nathan Hart to touchdown after only 4 minutes.

Bargoed responded well launching a couple of attacks and playing well with Ashley Norton and Rhys Morgan both making line-breaks. However a lack of accuracy on the Llanelli try line gave the visitors the opportunity to   exit out of their 22.

Bargoed kept the pressure on and were rewarded with a Josh Prosser penalty to make it 5-3.

Llanelli scored again after 9 minutes with Jonny Lewis exploiting poor defence in the visitors 22 off a line-out. Clayton Bloomejittes converted for them to lead 12-3.

Bargoed responded well and dominated both territory and possession for the remainder of the first half.

However although they broke the Llanelli defence a couple of times they crucially failed to score. The pressure they applied did eventually see Llanelli’s Greg George sent to the bin, and the Bulls continued to pound their line.

Bargoed will rue some inaccuracy close in, after some excellent driving line-outs, and they failed to capitalise on the yellow card.

They did however close the gap after 38 minutes as good approach work by Rhys Buckley and Callum Davies saw James Lock score with Josh Prosser adding the extras to make it 12-10 at half time.

Bargoed had momentum now but they were caught napping after only two minutes of the second half and prop Ryan Thomas managed to burrow over from close range.

The visitors continued to press and managed to get a foothold in the Llanelli half but a poor kick saw the pressure relieved and the home side went further ahead on 55 minutes. Bargoed’s attack broke down and Llanelli moved the ball in their own half, wide for Kallum Evans to get the bonus point try and a 22-10 lead.

Llanelli increased the lead with a penalty to 25-10 and when Rhys Buckley was yellow carded Llanelli took advantage with a try by Wales international Tom Prydie, which he also converted to make it 32-10.

The home side struck again right at the final whistle and Tom Prydie went over for his second try which he converted to make it 39-10.

This was a disappointing result for Bargoed who had the better of the possession and territory stakes but a lack of accuracy cost them, and although the score flattered Llanelli they were deserving winners with some excellent attacks from limited possession.

There were plenty of positives for Bargoed though, who created as many try scoring opportunities as Llanelli but didn’t convert this into points.

Captain Rhys Morgan reflected on the game ‘We were really pleased with the attitude and effort put in but we need to be more clinical when those opportunities are created. We’ll continue to fight to get out of the danger zone, and we know it’s tough but there’s plenty of spirit in this squad and we’ll build on today’s performance and focus on preparing well for Aberavon’

The squad will knuckle down this week and work hard with no game on Saturday, as they prepare for the formidable challenge of old friends Aberavon RFC at the Talbot Athletic Ground on the 2nd March.