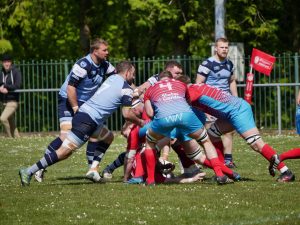 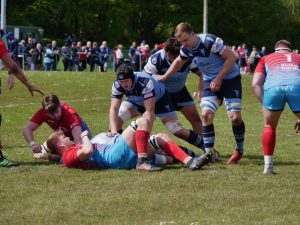 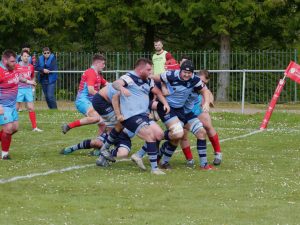 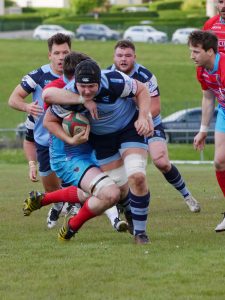 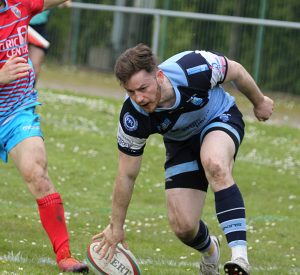 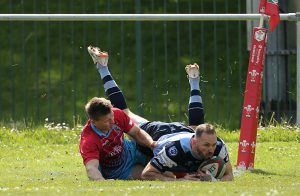 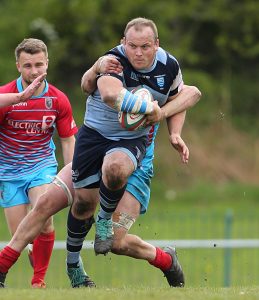 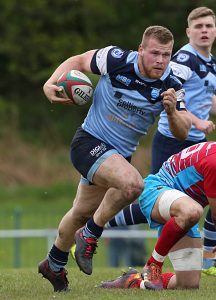 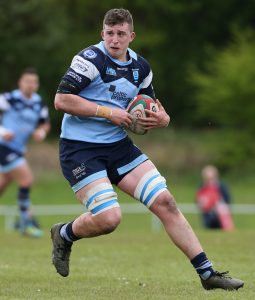 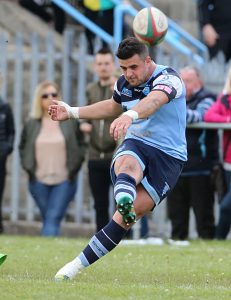 Bargoed welcomed Cardiff RFC to Bargoed Park for their final game of the season in the Principality Premiership. They were facing a visiting squad which included three ex Bargoed players in Steffan Jones, Ian Jenkins and Kieron Brown.

Cardiff quickly got into their stride testing the home side in the wide channels and they profited from this when Ed Howley opened the scoring with a chip and chase effort.

They increased their lead after 12 minutes when poor defence from Bargoed allowed Howley to bust through on the other flank. He was pulled down close to the line but Cardiff moved the ball to the other wing and Llywarch Ap Myrddin scored in the corner. Gareth Thompson converted to make it 12-0

Bargoed got a shove on at a scrum in the Cardiff half but they managed to get the ball away and another chip and chase caused Bargoed problems as they failed to gather the ball and that man Howley gathered again and scored his second try, converted by Thompson and Cardiff led 19-0 with 14 minutes on the clock.

Bargoed started to build their attacking game and retained the ball well, pressurising the Cardiff defence which resulted in three penalties being conceded by the capital city side. Bargoed kicked to the corner drove the line-out and hooker Lewys Lippiett got the first try after 21 minutes, converted by Josh Prosser.

Bargoed continued to pressure Cardiff with the scrum a particularly potent weapon. However a lack of accuracy with the final pass denied them until the 28th minute when Ashley Norton made a searing break and offloaded to Julian Mogg to go over for their second try, with Prosser converting to make it 19-14.

Bargoed failed to capitalise on their momentum and it was Cardiff who scored next with Ed Howley slicing through a poor defence to get his hat trick, Thompson converted to make it 26-14.

Cardiff were now in the ascendancy and when John Lavender was yellow carded for a dangerous tackle they took advantage with Ed Howley going through for his fourth try after the ball had gone loose, Thompson converted and Cardiff were up 33-14 at half time.

The second half saw Cardiff score after a driving line-out which saw hooker Ian Jenkins crash over with Thompson converting to make it 40-14.

However Bargoed kept battling away and Ashley Norton scored after good work from Lawson Perry. Josh Prosser converted to make it 40-21.

Bargoed tried to attack from the kick off and after a handling error the ball went loose and Llywarch Ap Myrddin had an easy run in for his second try, again converted by Thompson.

The game was now breaking up with errors on both sides as it became an increasingly scrappy affair. Barney Nightingale and Ashley Norton were both causing the Cardiff defence some real problems and it was Norton who got Bargoed’s fourth and bonus point try.

Bargoed bravely tried to attack with ball in hand from deep late on in their own half but they failed to penetrate the visitors defence and the game ended with Cardiff victorious 47-26.

Bargoed will be disappointed that they gave Cardiff a 19 point start and that they also conceded some cheap tries at critical times. However no one can doubt the spirit of this group of players who worked so hard and eventually and deservedly got a try bonus point.

The Bargoed scrum troubled Cardiff all day but a lack of composure at a couple of key line outs, a lack of concentration in defence and passing inaccuracy were the reasons that they didn’t take the Cardiff scalp in this entertaining but at times scrappy affair.